We the undersigned group of Palestinian and international musicians call for a total boycott of Israel’s now annual ‘oud festival’ in occupied Jerusalem and stand against normalisation with a regime aiming to colonise Palestine’s capital in its entirety.

The oud, as the quintessential stringed instrument of Palestinian and Arab world music culture, is being appropriated by a Zionist state whose history is based on the erasure and theft of indigenous livelihoods. As the Israeli ‘Jerusalem Municipality’ re-launches its musical PR projects with the easing of certain coronavirus restrictions, Palestinians in Jerusalem are fighting tooth and nail against the accelerating land-grab of Sheikh Jarrah and swathes of the land east of their city. Palestinian performing artists are attacked or imprisoned, while broader communities of the displaced face the terror of aerial destruction of their cultural centres and systematic underdevelopment of their means of production.

The ‘oud festival’ signifies the culture-washing of the crimes of Israeli colonisation. As such we stand against all Palestinian and international participation. With very few exceptions, the festival organisers have failed abjectly in recruiting Palestinian and Arab musicians to collude in a humiliating display of Israeli-dictated ‘coexistence.’ This reflects the grassroots opposition of Palestine’s rejectionist artists, distinct from the elite displays of treachery seen at Dubai Expo and other platforms of Zionist and Arab capitalist collaboration. We must build on the revolutionary potential of Palestinian musicians’ anti-normalisation commitment and expose to the world the Zionist political roots of these cultural phenomena.

Live events at the festival are convened by Haim Gouri Zionist Confederation House, founded upon Jerusalem’s colonial conquest and named after a former member of the Palmach, which carried out 1948 massacres including at Sa’sa’ and al-Dawamiya. Since its foundation, the festival has been sponsored by Zionist mayors, who play a particular role in boosting its presence. Current rightist mayor Moshe Lion claimed in 2019 that the festival was a way of ‘establishing dialogue,’ while simultaneously supporting the US Trump administration’s moving of its embassy to Jerusalem as ‘the only fitting location for embassies in the state of Israel.’ In May 2021 he described the Zionist colonisation of Sheikh Jarrah as a ‘property dispute’ and blamed Palestinians for ‘igniting violence.’ As we write this statement, Israeli courts are attempting to force Sheikh Jarrah families into accepting ‘temporary ownership’ of their homes by a Zionist settler organisation.

Israel’s seemingly impulsive massacres upon Palestinians in Gaza and its operations across historic Palestine carry the constant threat of cultural obliteration, like the May 2021 destruction of Mashariq studio in Ansar or the August 2018 bombing of the Said al-Mashal theatre. In occupied Jerusalem, Sabreen studios and the Hakawati theatre face existential threats due to Zionisation of the city. Performers like orchestral bassist Mariam Afifi and al-Funoun choreographer Atta Khattab have faced the prison cells of the Zionist attack squads.

In the face of these crimes, and in the hands of those who struggle, the oud becomes a tool of anti-racist, anti-colonial liberation. Revolutionary protest singers from Jerusalemite Palestinian Mustafa al-Kurd to Egypt’s Sheikh Imam have resounded their oud for Palestine. Calling for a boycott of the Zionist ‘oud festival’ means a defence of indigenous expression, a stand against normalisation and intensifying the boycott and isolation of the Zionist state.

To add your name to the statement, use the form below or please email oudboycott@masarbadil.org or letpalestinesing@gmail.com. 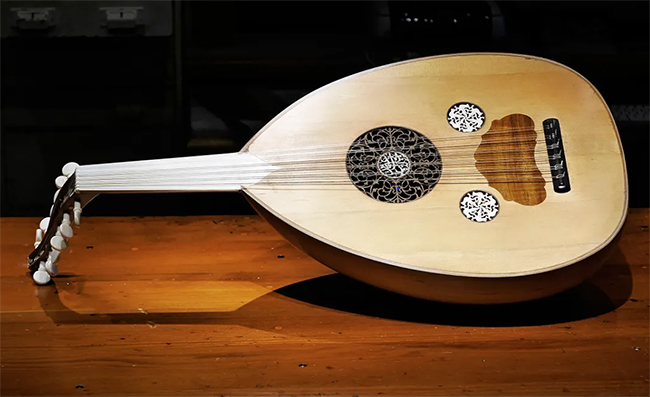